Powell River officially started off as an industrial centre.  Before that the area was part of the Sliammon First Nation's territory. Today this upper Sunshine Coast community is best-known as an outdoor recreation mecca with a friendly, laidback vibe. 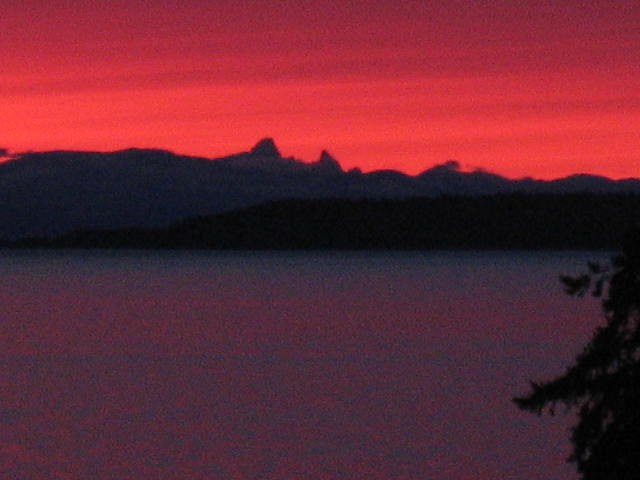 For thousands of years before the coming of Europeans, the Sliammon First Nation inhabited the upper Sunshine Coast, occupying traditional lands that covered 400sq km/154sq mi. Part of the larger Coast Salish people, they engaged in fishing, hunting, and trade, and were noted for their totem poles, cedar canoes, and unique language.  Sliammon First Nation is now known as The Tla'amin Nation.

Powell River was named after Dr. Israel Wood Powell, British Columbia's first superintendent of Indian Affairs (1872-89). He had originally come to BC in 1872 during the Cariboo gold rush and was instrumental in bringing British Columbia into Confederation. In 1881, Powell was traveling up the BC coast in a ship named the Rocket, and when a short river draining a large lake was spotted on the coastline, it was decided that the site would be named in his honour. Hence, Powell River, and Powell Lake.

The establishment of logging camps in the Powell River area in the 1880s was a precursor to greater economic things. Powell River became a regular stop for the ships of the Union Steamship Company. Between 1910 and 1912, a pulp and paper mill was built on the waterfront by the Brooks, Scanlon and O'Brien Company. After purchasing the pulp lease owned by the Canadian Industrial Company and the water rights of Powell Lake from the Pacific Coast Power Company, the Powell River Paper Company was formed in 1909 by Brooks and Scanlon. In 1910, the company was renamed the Powell River Company. The first roll of saleable newsprint went off Number One paper machine in April 1912. By 1930, the mill employed more than 2,000 workers, and had become the largest newsprint mill in the world.

The early 20th century was a litany of firsts for this innovative community.  Thanks to Dr. Andrew Henderson, Powell River became the first community in BC to have a medical plan for its citizens in 1910, deducting one dollar from each workman's paycheck to cover medical costs. Movie buffs rejoiced over the opening of the Patricia Theatre in 1913, which has shown films in its current location since 1928, and is Canada's oldest continuously operating movie theatre. Dial phones were introduced in 1921 and radio phones in 1930, again preceding other BC communities.

On the eve of World War II, Powell River inaugurated the first credit union in BC in 1939. The lasting physical legacy of history's greatest war for this city would be the "Hulks," the ten dismantled warships and cargo boats that form the world's largest floating breakwater in front of the mill today. 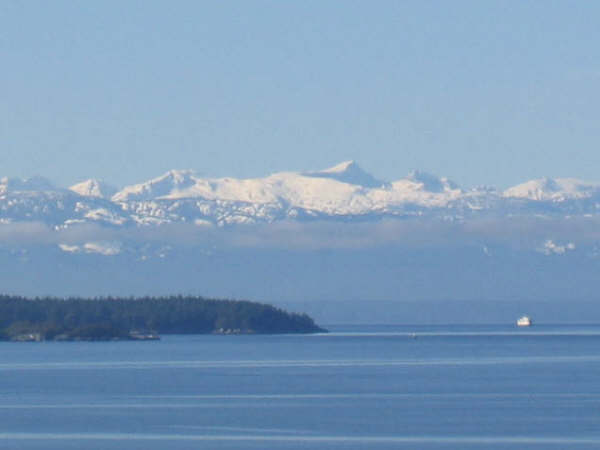 The Powell River Townsite was designated by the Canadian federal government as a National Historic District in 1995. Powell River was also incorporated as a separate district municipality that year, and received full city status in 2005.

The Townsite Heritage Society of Powell River offers self-guided and guided walking tours of the 400-odd heritage buildings near the mill. Pick up a brochure at the Powell River Visitor Centre (#111-4871 Joyce Ave.).

Getting to Powell River

Powell River is on Highway 101, about 4-5 hours north of Vancouver. Although the city is on the mainland and there are roads in the area, it is not connected to the Provincial Highway network and will require a couple of ferry rides from Vancouver (Horseshoe Bay to Langdale and Earl's Cove to Saltery Bay – note, you only have to pay once on the way up and once on the return) or a single ferry if coming from Courtenay/Comox to get there.

Malaspina Coach Lines offers daily transportation between the towns of the Sunshine Coast through to Vancouver and the Vancouver International Airport.

BC Ferries offers sailings directly to Powell River from the Little River ferry terminal in Comox on Vancouver Island, and from Earl’s Cove to Saltery Bay (south of Powell River city limits) on the Lower Sunshine Coast.

For a schedule of sailing times please click here. 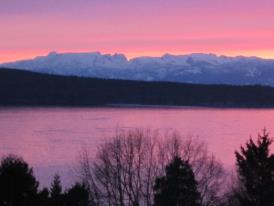 Once in Powell River, travel by automobile is recommended, but options include public transit, taxi, biking and walking.

If you are looking for a mortgage broker and Realtor in the Powell River and Sunshine Coast area please call Monica Peckford at 604-483-1718 or email monicapeckford@invis.ca

BE IN THE KNOW!

Thank you for signing up to receive emails from us on the latest mortgage rates and interesting home ownership news.

You will receive a confirmation email from donotreply@invis.ca with a link that you will need to click on to confirm your email address.

We value your interest and look forward to keeping in touch with you!

Thanks Monica, ... I am ecstatic as this beautiful home is everything I have ever dreamed of having. Thank you again for your excellent service and very professional help. It was a real joy working with you.

Marlene and Mike B

Monica Peckford helped me a lot as I was trying to find a way to pay off my mortgage early. She found the best rates and the best conditions allowing me to do lump sum payments without penalty. Very easy to work with, I don't know if I would have managed without her. Thank you Monica. I should also mention that I live (the home in question is) in Windsor, Ontario...

We were extremely happy with our Powell River Mortgage Broker, Monica Peckford. She found us a fabulous mortgage that met our needs exactly. This was the first time we used a mortgage broker and we were sure glad we found Monica. We have also found the information she posts in her regular newsletters to be very helpful. Monica's hard work is much appreciated.

I would not even think about doing a new mortgage without involving you. I view your services as being worth more than a realtor in completing a transaction and have complete trust in you.

Dear Monica.... I just got home from work and found your package, ooohhh yummy and thank you very much , I really like those kind of goodies!! . "You" are very welcome. Your professional advice and instruction was very valuable to me in the process of building my wonderful home, your help and availability was awesome. Thank you so much for being there for me!! I wish you a successful and safe year, and I have already recommeded you to a few who have asked, so hopefully if and when they need assistance they will contact you, Warm regards, Chris